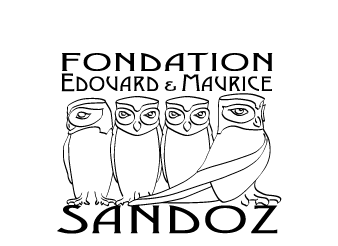 The Fondation Edouard et Maurice Sandoz (FEMS) in Pully was founded in 1982. Its aim is to encourage artistic creativity and to support young artists, institutions, companies or foundations of general public interest through funding, prize-money or in other ways. The tasks of the FEMS also include the cultivation and dissemination of the literary, musical and artistic oeuvre of Edouard-Marcel Sandoz (March 21, 1881 - March 20, 1971) and of Maurice Sandoz (April 2, 1892 - June 5, 1958). This is done firstly through the collection of his various manuscripts, editions, studies, articles, documents and other works, and secondly through the organisation of exhibitions, the publication or edition of the works themselves and, in some cases, also through the production of films for the cinema or television.

The FEMS pursues exclusively artistic and cultural objectives. Notwithstanding the many awards accorded to cultural activities in French-speaking Switzerland, there is little practical encouragement of artistic activity in the region. The award of the FEMS Prize is linked to the desire to permit an artist to make an important step in his or her development. On the one hand, the FEMS Prize means financial support and hence the possibility to realise a major project successfully and, on the other hand, the prizewinner is given an opportunity to present his or her work to a broader public. What is more, the artist comes into contact with personalities whose influence is important for the further dissemination of the prize-winning work.

Since 1996, the prize, which is worth CHF 100,000, has been presented to artists whose projects are selected by the FEMS Prize jury. The prize is awarded in turn to representatives of the field of sculpture, literature, painting and music.