Since its creation in 1964, FFS has dedicated a large part of its activities to different areas linked with the arts and to business areas that are related to creation, innovation, excellence and solidarity. In this sense, it is interested in everything that has historically been associated with the «fine workmanship» of Switzerland.

In the area of printing, fine publishing and art books, these issues are important in Switzerland: the capacity for innovation takes centre stage, links with the centres of knowledge must be forged and the tools offered by new technology must be made available along the whole of the production chain for the book. Moreover, it is imperative in Switzerland to maintain a capacity for industrial production and to better master the challenges of non-outsourcing, despite the difficult times sweeping across Switzerland due to the strength of the franc.

There are few areas that are undergoing such rapid change and few locations that are as well equipped to deal with the challenges this poses than the Lake Geneva region. The alliance of enterprises bundled together by the Foundation into the SFF Arts graphiques SA, holding company, has at its core the innovative project of consolidating the centre of excellence that is still French-speaking Switzerland in all matters to do with graphic art.

At the end of 2011, the Sandoz Family Foundation acquired from the founder, Mr Jean Genoud, all the share capital of the Entreprise d’arts graphiques Jean Genoud SA, in Mont-sur-Lausanne, a company that was founded in 1956. Genoud SA, which has been perfecting its art for more than 50 years, is one of the places where products of the highest standards are created, inspired by an inventiveness and technical sophistication that is constantly being re-invented. The Foundation believed that it was within its scope of responsibility to guarantee the future of this company.

Genoud SA is active in the production of commercial and artistic printed matter, such as annual reports, catalogues, brochures and publications as well as extremely high quality books. The reputation of Genoud SA is becoming international, in particular with regard to the realisation of art and photography books, in Europe, the Middle East and the USA.

The company employs approximately 50 staff who are active in all areas of printing.

Production is based on cutting-edge technology (secure process of digitized photography, image preparation, image store). Since June 2012 it has had at its disposal a Heidelberg 12-colour printing machine, which was acquired in 2012. This acquisition served as a way of underlining the necessity of investing in the publishing industry, despite all the changes in the sector. Genoud now boasts the only example of this extremely high-tech and ultra-powerful press in Switzerland – one of only two examples in the whole world. In order to respond to changes that will probably be irreversible and to remain clearly competitive in its market, Genoud SA has made material investments in latest generation equipment and in the development of high value-added services.

As early as 2003, Genoud SA invested in the purchase of a state-of-the-art, 12-colour offset machine, which produced printing that was quantitatively as good as that produced by using a rotary press, but which had a sheet-by-sheet print quality that was incomparable.

Thanks to this ambitious acquisition, Genoud SA voluntarily adopted an entrepreneurial and responsible approach and sent a strong signal that there was no need to fear investments in a time of crisis. At a time when competition within the European market is becoming increasingly fierce, it is important to remain ahead of the pack. And for a company such as Genoud SA, this positioning is built above all on maintaining the Swiss Made standards of excellence, the spirit of innovation and the individualisation that have characterised it since its foundation. 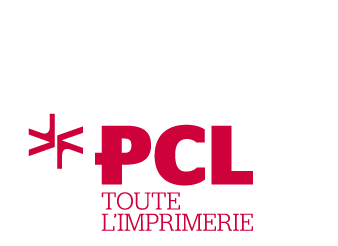 Founded more than 200 years ago in the heart of Lausanne, the PCL Presses Centrales SA managed to expand beyond their Lausanne roots and become a name known to the entire Suisse Romande. It was in the middle of Lausanne, in 1777, when Henri-Emmanuel Vincent opened his print shop, from which emerged the Imprimerie Centrale in 1930. Traditions and innovation, paired with a sense of listening and professional know-how are undoubtedly the keys to PCL Presses Centrales’ ongoing success that carried it into its third century of operation. Today, as member of the PCL Holding SA, it has a vast network at its disposal, allowing it to offer the entire range of products and services of the graphical arts in visual communication on paper.

"The spoken word is ephemeral, the written word persists ". No matter whether it is a business card, an art book, a newspaper, magazine, brochure or any other product, the PCL Presses Centrales will always deliver the same quality; every printing job is treated with the same diligence and the care for good work.

Professionals and their know-how, the love for the profession and the attentiveness of the staff allow the PCL Presses Centrales SA to accompany the client and to supply him with solutions that will satisfy the highest expectations.

PCL Presses Centrales SA in Renens, the Imprimerie Cornaz SA in Yverdon, the Imprivite SA in Lausanne and Musumeci S.p.A. in Aosta, all four members of the PCL Holding SA, are active in the graphic arts sector. For decades the Sandoz Family Foundation has held a large majority of the capital in PCL Holding SA. Due to this support, the member companies were able to make continuous investments in this ever changing environment and keep up with modern technology. This commitment has equally enabled the exploitation of synergies to gain considerable market share in various sectors such as the hotel industry, watchmaking, art edition and the world of culture in general.